Pricing, Quality, and the Last U.S. Manufacturer of Marbles 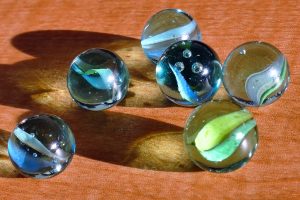 How did they do it? As this Inc. profile indicates, they competed on quality, not on price:  “‘When other manufacturers tried to compete on price and couldn’t do that, Marble King consistently strove to be the best marble maker in the world,’ says Gerald Witcher, a veteran collector who owns several hundred thousand marbles, including many from Marble King. ‘The quality is what has kept them afloat in an environment where others couldn’t compete.'”

Marble King’s products are used in a variety of industrial applications, such as a mixing aid in spray paint cans. They produce marbles for collectors, and their products are used by home decorators and in fashion. Marble King has exported their marbles to over 17 countries, including China.

(Photo by Anthony from Pexels)