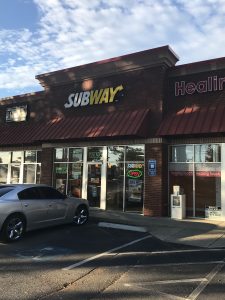 What’s one of the worst ways to build a brand?

For me, it has to be putting a discounted price in a jingle which sticks in customer heads long after the rationale for that pricing strategy has gone away.

Amid franchisee grumblings and declining sales, the sandwich chain has announced that the $5 footlong promotion is going away for good. The perception of that jingle—“we’re cheap”—remains.

To be fair, the $5 footlong promotion was a major impetus for growth for years. The genesis of this campaign came from a franchisee trying to boost sales during weekend hours, and this success led to the franchisor rolling out the $5 deal nationwide. Introduced during the Great Recession, this campaign led to growth for Subway at a time which other restaurants were declining and even closing.

Times change, though, and competitors arise. Other premium sandwich chains like Jimmy John’s and Firehouse Subs gained share among consumers looking for specialty sandwiches with premium ingredients. Subway was left as a low-price option with a poor customer perception of quality.

Of particular interest is that Subway’s biggest loss of customers hasn’t been just to other sandwich chains. According to one research firm which tracks millions of transactions of anonymous customers, however, Chick-fil-A has garnered the largest share of former Subway customers. 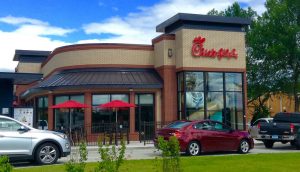 If you’ve been to Chick-fil-A, you know that those customers didn’t leave Subway because prices were lower at Chick-fil-A. This chain has built its brand on offering quality along with top-notch service. The “A” in Chick-fil-A, by the way, is not just meant as a word play on “chicken and “filet.” As explained on the company’s website, “the ‘A’ stands for Grade A and top quality.”

As you consider your own business, where do you want to be? Do you want a client base conditioned for discounts and price incentives? Or do you want the customer who’ll stand in line because of the quality they perceive in your product or service?