Warren Buffett on Pricing Power and Your Idiot Nephew

I’ve written previously about Warren Buffett and his comments on pricing power. Buffett made a comment on the importance of pricing in evaluating a business which is frequently quoted by investors and folks like me who do work in pricing:

The single most important decision in evaluating a business is pricing power. If you've got the power to raise prices without losing business to a competitor, you've got a very good business. And if you have to have a prayer session before raising the price by 10 percent, then you've got a terrible business.

The quote, powerful on its own, is even more insightful when you look at it in context. Buffett’s comments on pricing power came out of testimony he gave to the Financial Crisis Inquiry Commission (FCIC). This Commission was a Congressionally-appointed body charged 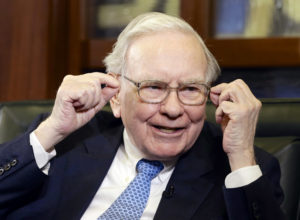 with investigation the causes of the financial crisis of 2007-2010. One of the targets of their investigation was Moody’s Investors Service, one of the dominant players in the business of rating securities. Ratings agencies Moody’s and Standard & Poor’s had conferred AAA ratings on mortgage-backed securities and other instruments which turned out to be a major source of financial losses during the crisis.

When the role of Moody’s in the financial crisis was examined by the FCIC, therefore, Buffett became a source of interest. He was questioned by FCIC counsel Brad Bondi, and Buffett discussed the rationale for his Moody’s investment:

BUFFETT:   . . . . basically, the single-most important decision in evaluating a business is pricing power. If you’ve got the power to raise prices without losing business to a competitor, you’ve got a very good business. And if you have to have a prayer session before raising the price by a tenth of a cent, then you’ve got a terrible business. I’ve been in both, and I know the difference.

BUFFETT: I knew nothing about the management of Moody’s. The . . .I’ve also said many times in reports and elsewhere that when a management with reputation for brilliance gets hooked up with a business with a reputation for bad economics, it’s the reputation of the business that remains intact.

Very few of us will ever develop a business with a dominant position like Moody’s. The point Buffett is making about Moody’s, though, applies to all businesses, large and small:  how you price your product or service is critically important to the success of an enterprise. If you get your pricing right, it will overcome a lot of your mistakes in other areas of the business.

Maybe your operating processes aren’t optimal. Your lead conversion might be off. Your expenses can be higher than they should be. There’s a lot that can go wrong in a business, but excellence in pricing covers a lot of errors, even the mistake of putting your “idiot nephew” in charge.

And there are days when you are in charge and you feel like you’re a mess. (I have those days myself.) Don't worry, I suspect Buffett would tell you. Focus on your pricing, get that part of your business right, and you don’t have to be brilliant.

You can even be the idiot nephew.